Looks like summer’s come and gone in a heartbeat! In this month’s issue, we’ll talk about End of Lines (and its lateness) and the upcoming events we’ll be attending.

End of Lines is late (again)

Let’s get the the bad news out the way first: as we were telling you last time, we’ve accumulated a fair amount of lateness. Unfortunately, it means that we may not find a release frame for 2022.

As you might know, releasing a small indie game is quite akin to crossing the Strait of Gibraltar on a small sailboat. You have to navigate around big tankers and other large boats while being extra careful not to be crushed by the mastodons surrounding you.

Since we’re quickly approaching the holiday season, it might not be advisable to release our tiny and delicate vessel of a game with all the AAA titles that usually get the attention of everyone at this time of the year, so we’ll take advantage of this extra time to polish End of Lines further.

We’re still considering our options, but the most likely scenario is that we’re going to aim for a February or March 2023 release spot, to give the End of Lines its best chance to get some attention from the press, the influencers, and most and foremost the players.

We really hope you won’t be too disappointed if you’ve been waiting for our next game, and we, as a team, would like to extend our apologies for that state of affairs. On the other hand, we’re really excited to be able to devote this extra time to make the best game we can, and hope you will enjoy it once we eventually release it. In any case, we’ll keep you posted about any further development. 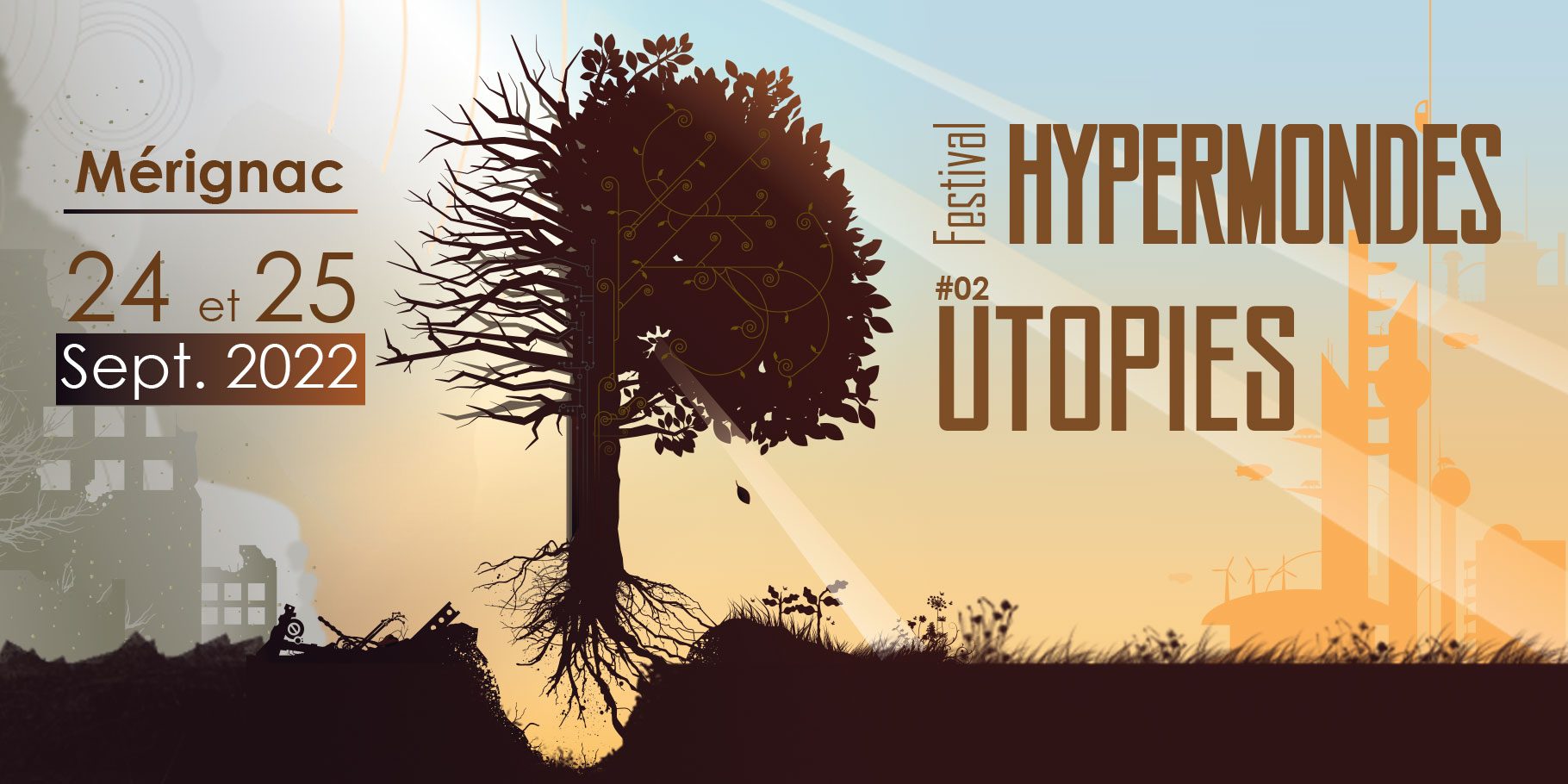 Events around Bordeaux this Fall

Mark your calendars! If you’re in the Bordeaux area on the weekend of September 24/25th, you will be able to test End of Lines on the second edition of the Hypermondes Festival at the Multimedia Library of Mérignac. It is a free Sci-Fi convention and we warmly recommend you to check it out.

I (Geoffroy) will also have the honor to participate on a panel about video games and utopia during the event (on Sunday, 09/25 at 11:50 AM).

All relevant information is available over there, on the event’s website:
http://hypermondes.fr/ 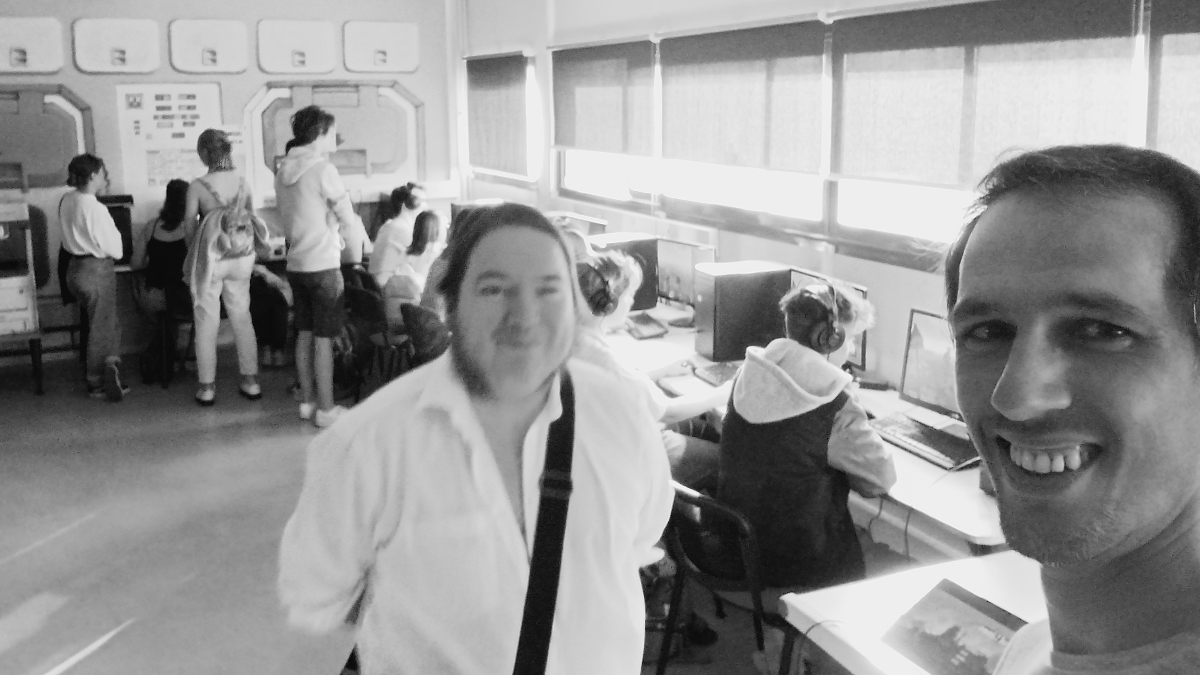 Later in the month, Nico and I will also be present at the GameConf in Angoulême, where I’ll participate in a panel about self-funding. If you’re an attending member of the industry, don’t hesitate to say hi to us, and if you’re not, chances are the recording of my panel will be made available after the event. If that’s the case, I’ll give you the link in a future issue of this newsletter.

As you might guess, we’ve been hard at work on End of Lines all summer, and we’ve made tremendous progress. The French text is complete, English localization is almost done. We can already tell you that End of Lines will be the longest game in our catalogue, text-wise: almost twice the size of Seers Isle and a good quarter longer than Across the Grooves.

On the Art side, the storyboard is almost complete and we should officially be in the “beta” phase at the end of the month. Still a lot to do, but we’re finally beginning to see the light at the end of the tunnel!

If you’re wondering what our storyboards look like, here’s a sample here below: 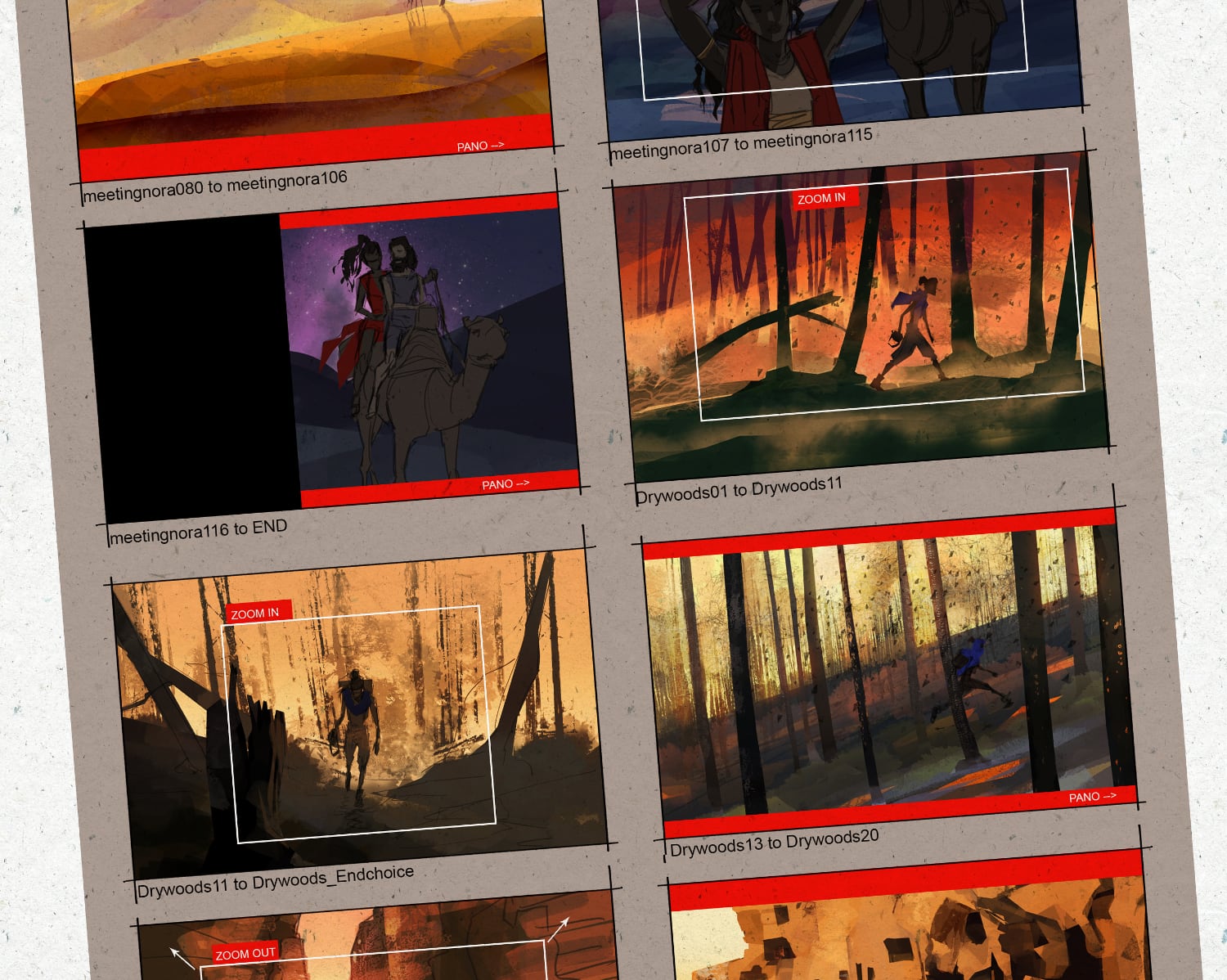 And as always, let’s finish this issue with a new image from the game, made recently by our freelance illustrator Julie Vidal. This one shows a refugee camp our protagonists come across during chapter three.

That’s all for now, see you next month!

Please consider adding End of Lines to your wishlist on Steam! (it helps make the game more visible at release).

And in the meantime, Seers Isle, Along the Edge, and Across the Grooves are available on Steam and itch.io (among other select digital resellers).