This month, we released not one, but two games on the Nintendo Switch!
We also have a couple of nice announcements coming up, so please, read on. 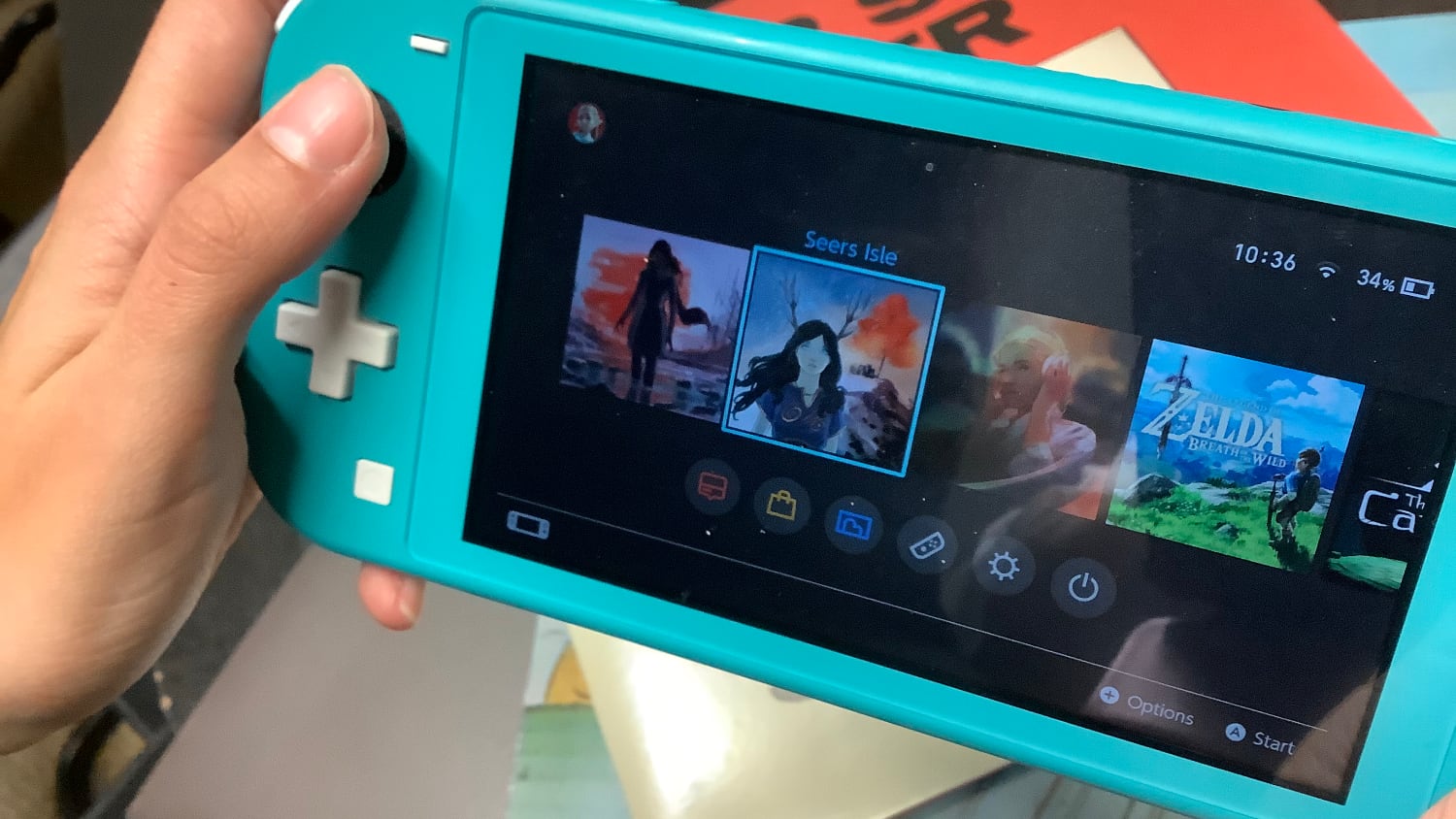 Along the Edge and Seers Isle joined Across the Grooves on the Nintendo eshop on October 15th!

The team is really thrilled to finally have our older games available on the Nintendo Switch, which, we believe, is a great medium to enjoy them. You can now immerse yourself in our stories on the go or from the comfort of your favorite reading nook.

We received a fresh round of great critiques for the occasion. Here comes a selection of noteworthy quotes and evaluations:

“A visual novel that stands shoulder to shoulder with the giants of the genre, Along the Edge is a fantastic and fantastical story that’s delivered eloquently and masterfully. 9/10.” Sean Davies, Along the Edge Review – A Beautiful, Mature & Engrossing Tale, Finger Guns.

“I could recommend Seers Isle to any lover of story and European myths and legends. If you enjoyed Across the Grooves or other visual novels such as Cinders and Doki Doki Literature Club, I would recommend giving Seers Isle a chance. 9/10″, Lainey Penzer, Seers Isle Review, Bonus Stage.

Here are the links, if you want to read them in extenso.

To round this up, Across the Grooves just received a very nice review from a young and promising French website, Pod’ Culture. You can read it here: “Across the Grooves : heureux, qui comme Alice, a fait un beau voyage” (in French).

Last but not least, we were very proud to get a very nice article about our work in the print version of “Les Inrockuptibles”, a French culture magazine, penned by Erwan Higuinen (as depicted/teased in the photograph here below). An online version is also available here for subscribers: “Nova-box, le français qui plie le game des jeux vidéo narratifs” (in French). 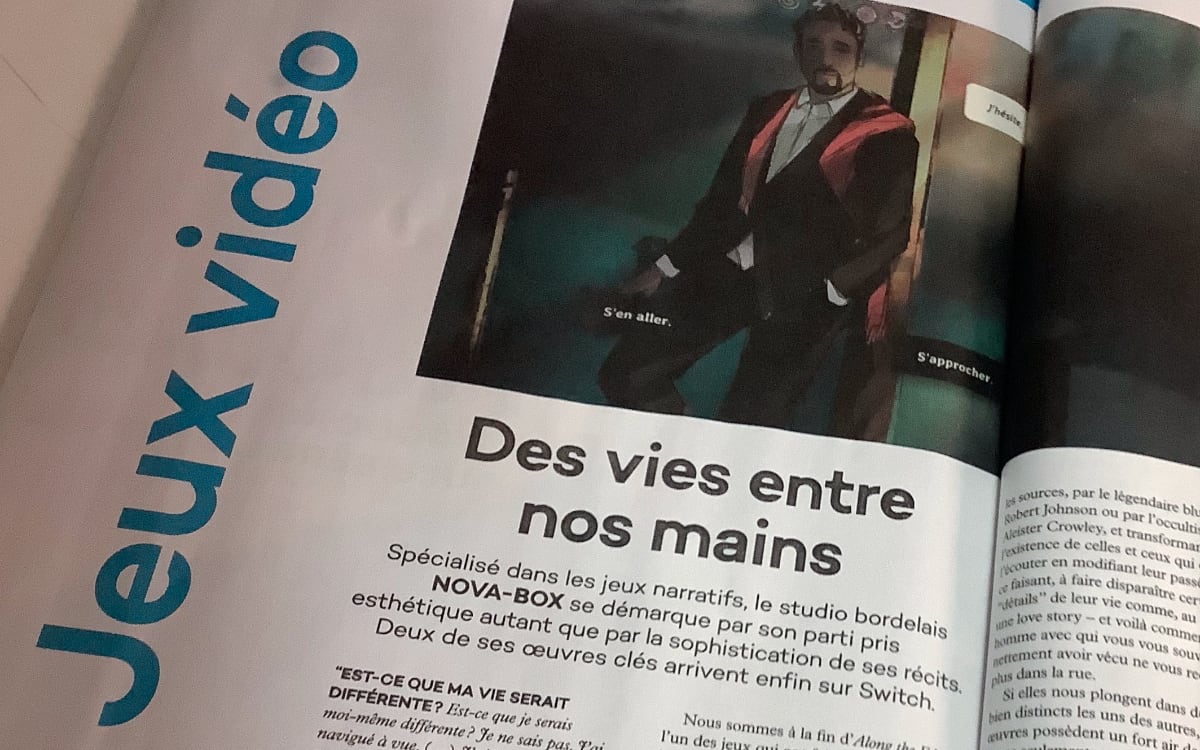 We have the pleasure to participate to the Paris Games Week, which will be fully digital this year.

For the occasion, all our catalogue will be on sale during the weekend, so now might be a great time to complete your collection of Nova-box games! Keep an eye on our developer page on Steam, or get our “Nova-box Collection” bundle for an extra 10% off on top of the Paris Games Week discount.

Make a note in your diaries, because we will also be live on Twitch this Sunday, November 1st at 3:45 PM (Paris time) for the Games “Made in France” event organized by Capital Games (in French).

You can catch the program and the stream here on the official website:

Watch the Game 'Made in France' event!

Well, as you can see, we’ve kept ourselves quite busy. We’ve also started working on our next title, currently in the pre-production phase, which means lots of designing and budget–crunching, but also some new visual art. It’s way too early to talk in detail about this new project, but let us share one of the first concept arts with you, hoping it will catch your eyes and your curiosity.

Also, we welcomed our new art intern, Julie Vidal, earlier this month. You can check out her impressive portfolio on ArtStation.

Please note that our communications might be a bit more infrequent for a while, until we’re ready to properly unveil the ins and outs of our next endeavor.