We’re still confined, but we’re making good progress. We hope you’re doing well too!
This month, we talk about our progress on Across the Grooves and the game’s musical references!

Last month, we did a private beta and got some very cool feedback. Some testers loved it, some testers hated it, but no one was left indifferent!

Big thanks to the testers for their involvement and for their precious feedback that allows us to make better games.

After the tests, we made a lot of changes: improvements of the texts, the coherence of the scenario, the music…

The game’s setting, rather obscure musical references and tone of “magic realism” may cause some divided opinions, but we hope with all our hearts that you’ll be seduced by the universe, which promises to be quite different from what most gamers are used to.

And lastly, we’re still moving forward. We’re in the polishing phase, so it’s starting to feel like the end of production!

As usual, here’s an exclusive image! This one is from Chapter 3. 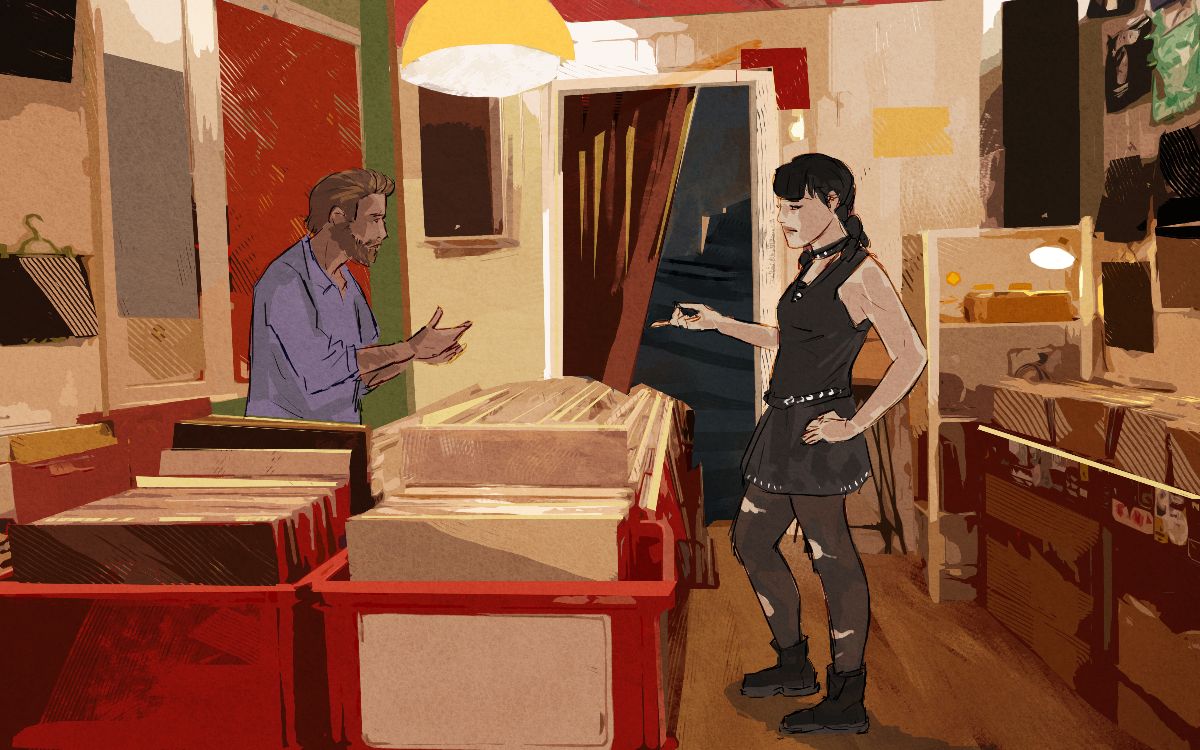 We’re still working from home, but we’re well organized and we’re working hard. So we’re staying the course to keep to a release in the first half of 2020!
I promise, we’ll tell you more soon… A little more patience! 😉

Also, Unwinnable talked about us in an article about Seers Isle in the Monthly Unwinnable category. Many thanks to them!

The music in Across the Grooves

As you may know, music will have a major role in the game.
We’ve created a lot of songs, and we can already tell you that the OST is going to sound like a pop album!

We are very proud of the result and once again, we’d like to thank Julien and Camille for the music and sound design, Christelle for lending us her beautiful voice, and Charles-Henry Martin who wrote and recorded the soundtrack of Along the Edge, and who is now the pianist for Across the Grooves!

We created a Spotify playlist with a mix of musical references sent to the musicians for inspiration, as well as other songs and artists referenced in game.

We’ve added a lexicon feature in the game for those who would like to learn more about the musical references of Across the Grooves.

This lexicon is not intended to replace wikipedia, but rather to be an invitation to discovery for the curious. Moreover, all the entries have recommendations of records or songs to discover… Your curiosity is the only limit! 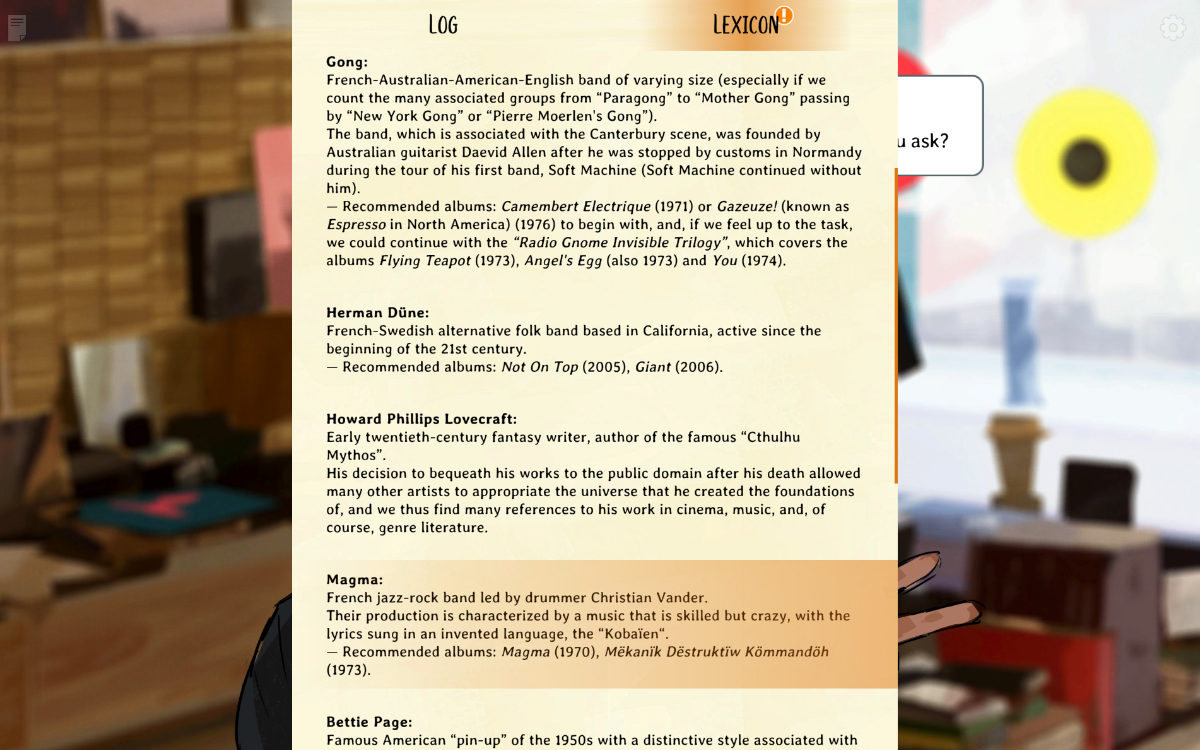