Last week, we sent our first newsletter. If you missed it, you can catch up here below.
And if you’re interested into signing up, you’ll find a form here: seersisle.com/contact.

Thank you for registering for our newsletter. As you can see with the numbering, this is the first issue of many. We’re planning on telling you what we’re up to and, of course, we’ll update you on our progress on Seers Isle on a monthly basis.

First of all, we would like to thank everyone who took the the time to come and check out Seers Isle for our playtest at the Union St. Jean last Friday. It was the first time we were showing the game outside of our circle of friends and family, and we’ve been overwhelmed by the warm reception we got.

We gathered a whooping total of 23 completed surveys. Thanks to the testers’ feedback, we could confirm we were on the right track with the new implementation of the tutorial and the UI (namely the feedback icons that appear on top of the screen during the game). The previous version (from the december closed alpha) was quite confusing and we’re glad we managed to improve on this feature.

We also made some surprising discoveries about the characters. It seemed that Duncan, one of the main characters, didn’t win the heart of most of you.

As you can see in the chart results here above, he came in the second place in the answers to the question “Which character did you like the least?”, right behind Erik (but it’s quite understandable and we were anticipating that response, Erik being the main antagonist and a short-fused arrogant misogynistic jerk). Of course, we’ll try to make Duncan a tad more sympathetic and/or charismatic for the next iterations of the game.

Here are some pictures from the evening: 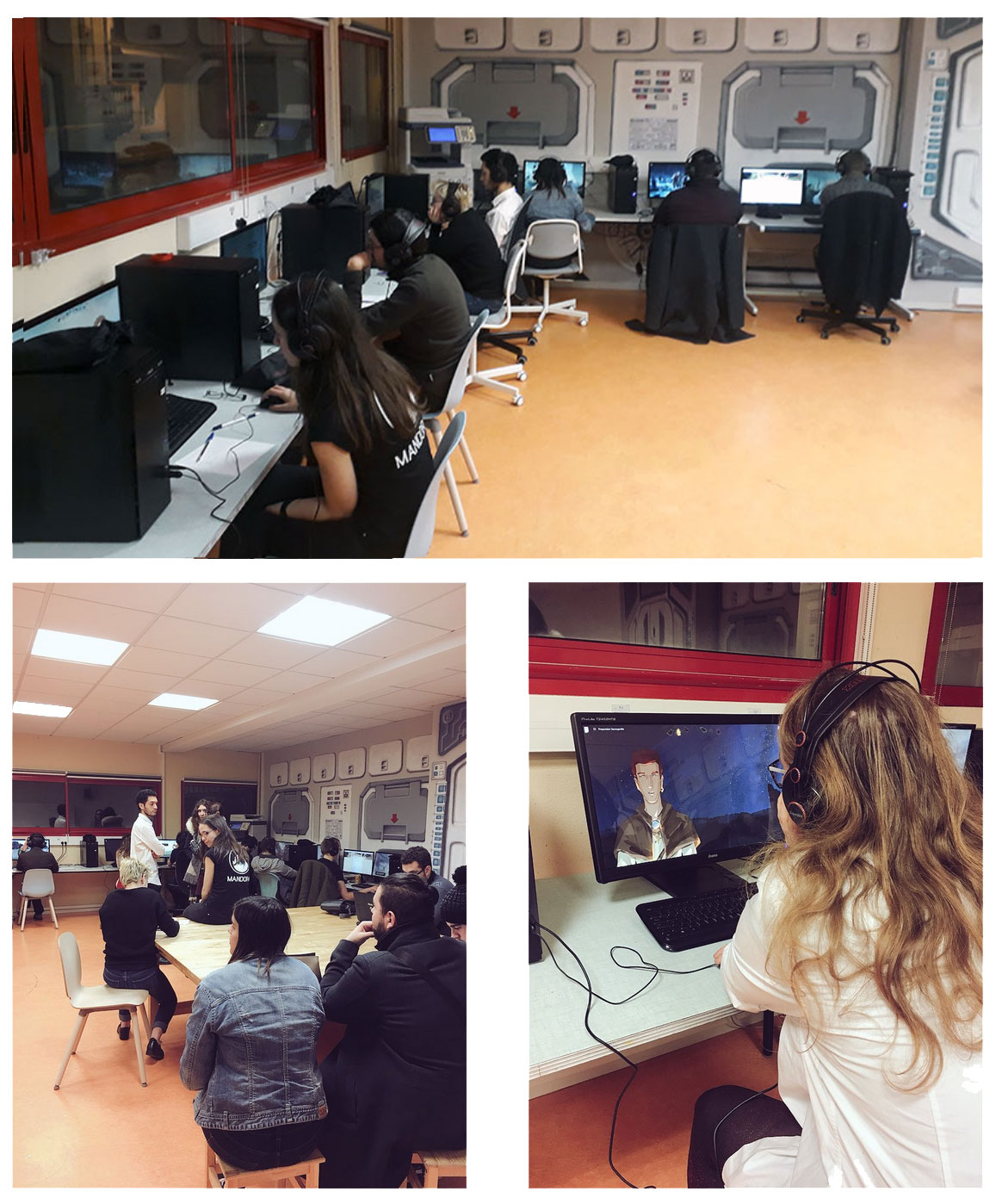 We spent a wonderful time and we’ll be looking forward to doing this again in the future.

Last week, we said goodbye to our art intern, Esther. Having her in the team was quite a breath of fresh air for us and for the project!

Here’s a couple of images she made for us:

For the next month or so, Nico will be working on a special part of chapter 4, where you get to discover the backstory of your favorite character of your playthrough. Expect to go down the rabbit hole, as we’ve prepared a rollercoaster of wonders and grief mixed with some more upbeat moments for each of them. 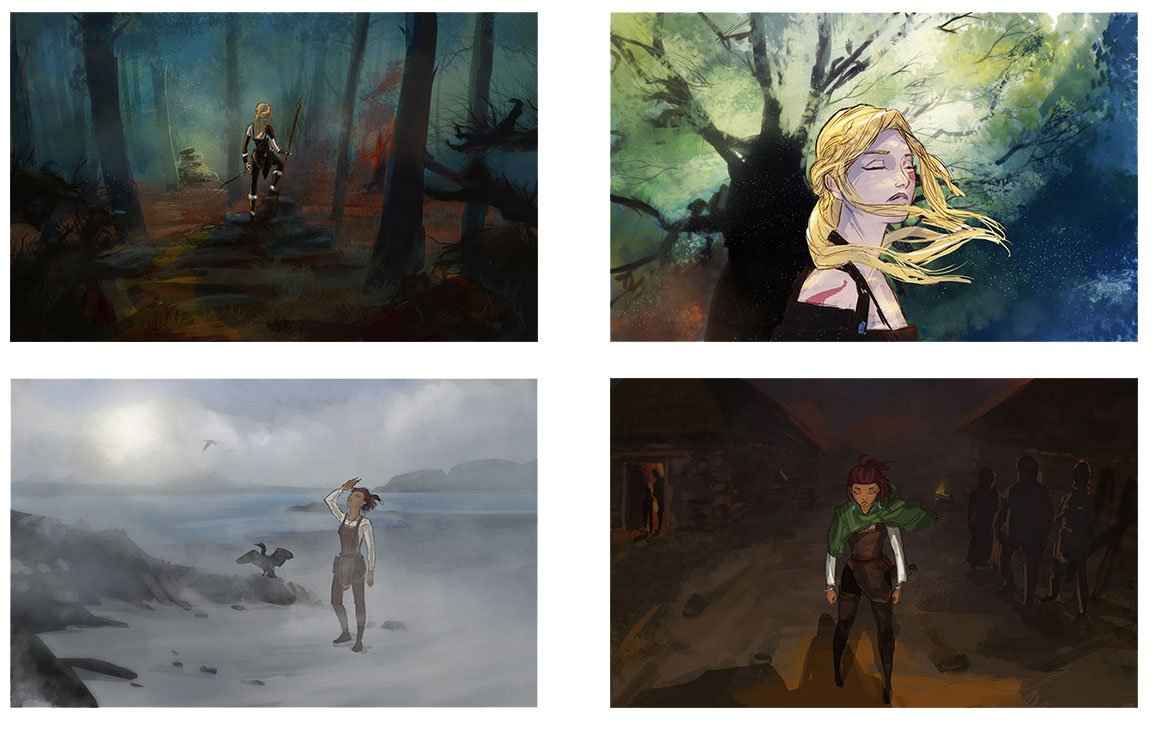 As for me, I’ve been working on the integration of chapter 3 as well as planning and drafting the last three chapters (i.e. chapters 7 to 9). This part of the writing process is always the hardest, as I have to juggle between every story thread that have been opened up so far and delivering closure on every variation of the plot in a satisfying way.

We gave a live interview (in French) on twitch.tv for the “Gamer Nine” channel. If you weren’t there to hear us talk about Seers Isle, you can catch up on Twitch replay:

Once again, thank you for support, and see you next month!