This month, we welcomed a new housemate (again). Also, we wanted to tell you about Black Friday sales and share some tidbits about our next game.

Manufacture 43 moved in with us

So, a couple of weeks ago, we welcomed yet another indie game dev to our urban “commune” of the “21st Cobblestone Street” (well, to be honest, it’s “21, rue des Retaillons”, but it sounds way more like a “secret hideout” translated in English, don’t you think?).

Daniel from Manufacture 43 has been working on his “Ikaruga meets rock-paper-scissors” shoot’em up Pawarumi for a couple of years, and he’s in the midst of porting the game to console systems.

As you may already know, I’m personally not very good at this kind of demanding gameplay, but let me tell you that I’ve heard nothing but good words and praise for his title. It is a visually stunning piece of work set in a very original “Neo-Aztec” future. So, if you’re into shooting at everything that moves from the pilot seat of your spaceship, you might want to check this one out. 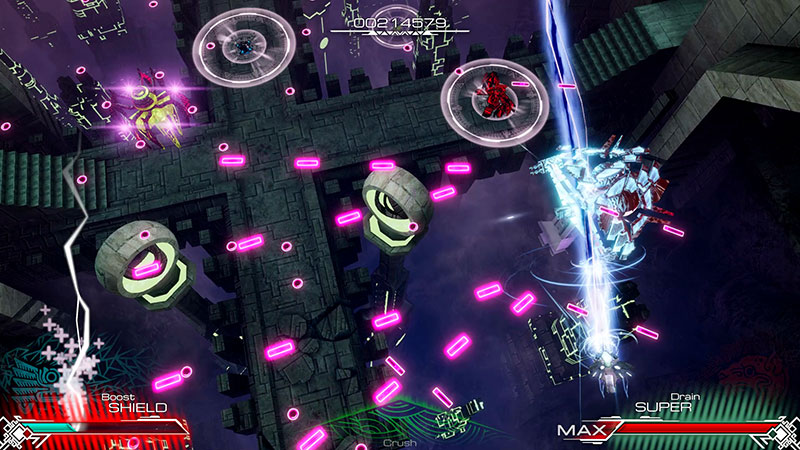 An “in game” screenshot of Pawarumi. Beware of the nasty pink bullets!

Here’s a link to Pawarumi’s website if you want to learn more: pawarumi.com.
And, of course, you can get the game on Steam or itch.io.

So, the time of the year when people lose all sense of sanity and restraint over crazy deals on the internet is upon us.

To uphold the tradition, our games will be on sale at their usual discount on Steam (and other digital retailers) during the Autumn Sales, running until next Tuesday (November 27th):
— Buy Seers Isle on Steam with 10% off,
— Buy Along the Edge on Steam with 30% off. 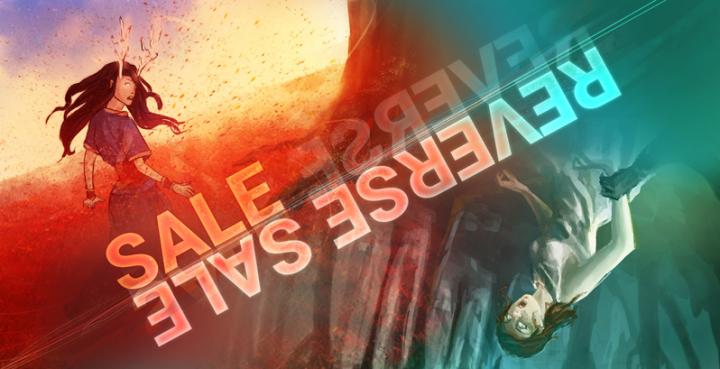 However, if you’re in a charitable mood, Nova-box is participating in itch.io’s Black Friday Reverse Sale.

For 24h, our games will be priced twice as high, but 60% of the revenue will be given to The Trevor Project (a charitable organization supporting LGBTQ youth in America​) and The Nature Conservancy​ (an organization for combating climate change and building sustainable practices for food and cities).​

So, if you haven’t bought our games yet, you’ll be helping a small indie game studio and not one, but two good causes at the same time.

Do a good deed: Participate to our Black Friday Reverse Sale

We’re making good progress on our next project. I (Geoffroy) have written the story outline while Nico has been painting some concept art to pin down the visual style of the game. Meanwhile, Raphaël has been going quite deep under the hood, and if all goes according to plan, we might have a brand new game engine soon, opening up a whole new universe of possibilities, the sky being the limit and all (more on that later).

We’re not ready to go into too much detail about the game, but we can safely say that we’ll be visiting some familiar grounds, as you can witness for yourself in the concept art here below: 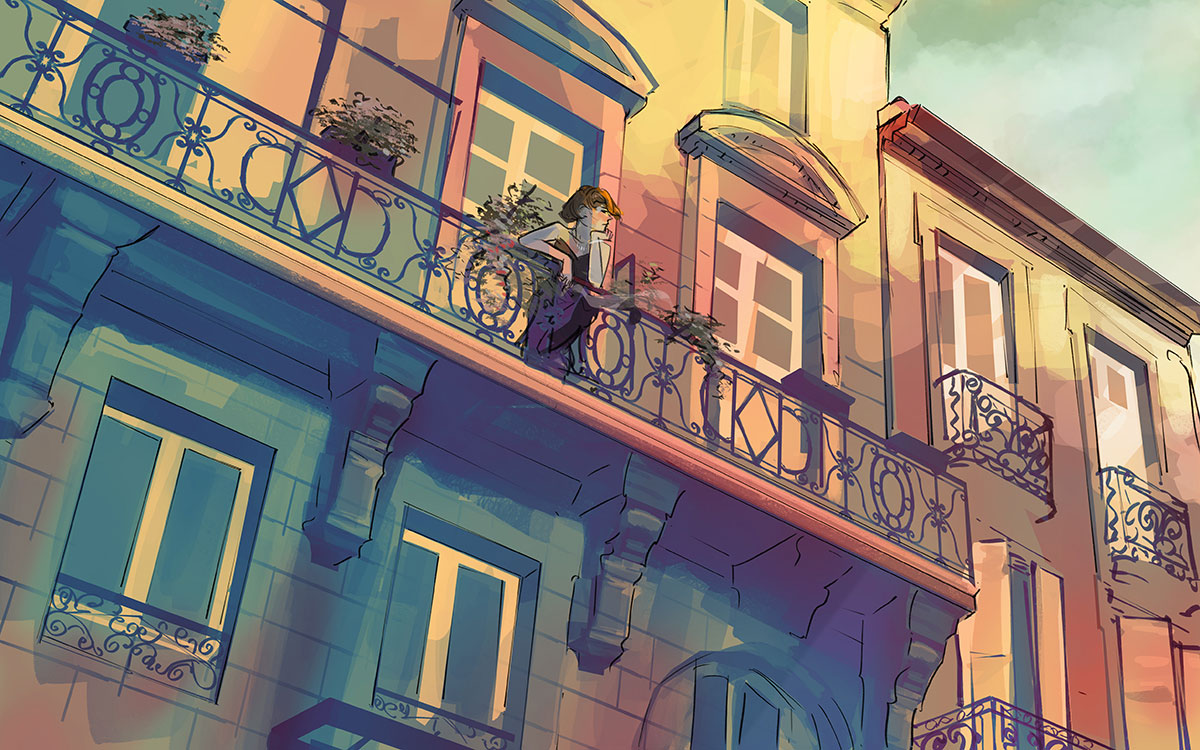 Concept Art: Alice at the balcony, thinking about her life.