Geoffroy here, back on pen duty since Cyndie finished her internship at the end of July. I’d like to take this opportunity to thank her, on behalf of the team, for the wonderful work she’s done for us, and I’m very happy to announce that she got recruited by our friends from Goblinz Studio and will be starting to work with them very soon. We wish her all the best for the future!

This month, we published our biggest patch yet for Along the Edge and Seers Isle. We also had a party and we have a couple of surprises coming up before the end of the year! 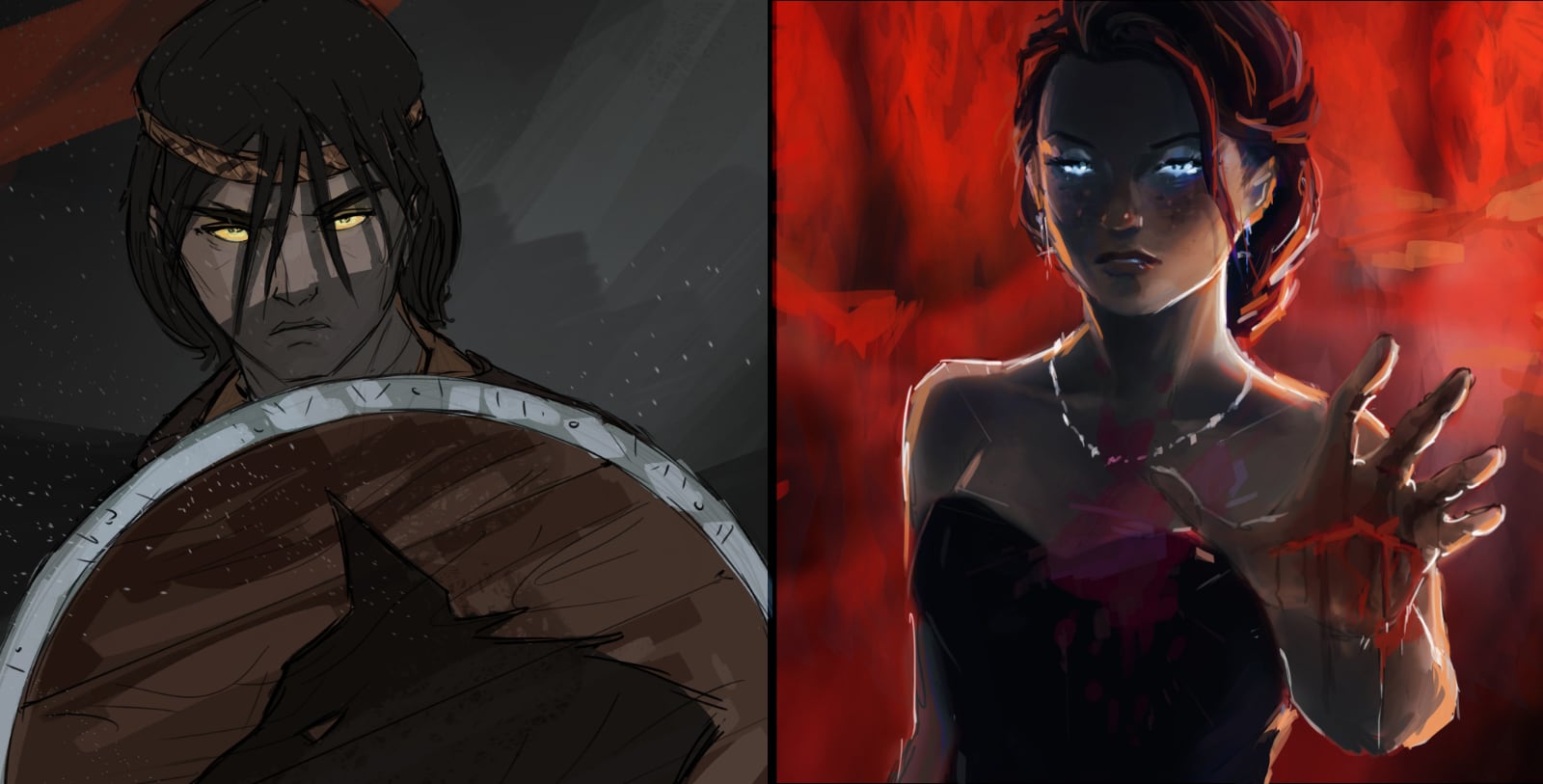 Seers Isle & Along the Edge: Version 2.0

If you’re a subscriber to this newsletter, you probably own at least one of our games, so chances are you already heard this piece of news through other channels: earlier this month, we published a major update for both Seers Isle and Along the Edge.

I won’t transcribe the whole list of patches here, but here’s a few highlights:
– Along the Edge received an extensive proofreading of the English version by Rachel, a German fan-translation (thank you Kim!), and got a full interface overhaul to make it on par with our later releases,
– we switched to the Unity engine under the hood, which should greatly improve stability and performance, as well as providing a substantially better support for Linux,
– both games received a myriad of bug and typo fixes and several quality of life improvements.

Patch notes are available on the related game pages over at your online store of choice, so head there if you want to skim through the full details. Also, please note that this upgrade breaks the back-compatibility of save files, but you still have the possibility of going back to the previous version if you have a story to finish with your current save file (a step-by-step walkthrough on how to do so can be found in the patch notes).

Across the Grooves release party

2020 has been quite a strange year so far, to say the least. We’ve been working remotely for the most part since mid-March, so we couldn’t properly celebrate the release of Across the Grooves when the game shipped. With the COVID situation still not resolved and the safety of everyone in mind, we decided not to go overboard. So, we did throw a small party earlier this month.

Here’s a picture of yours truly doing an impromptu speech in front of the team, courtesy of Charly Martin. 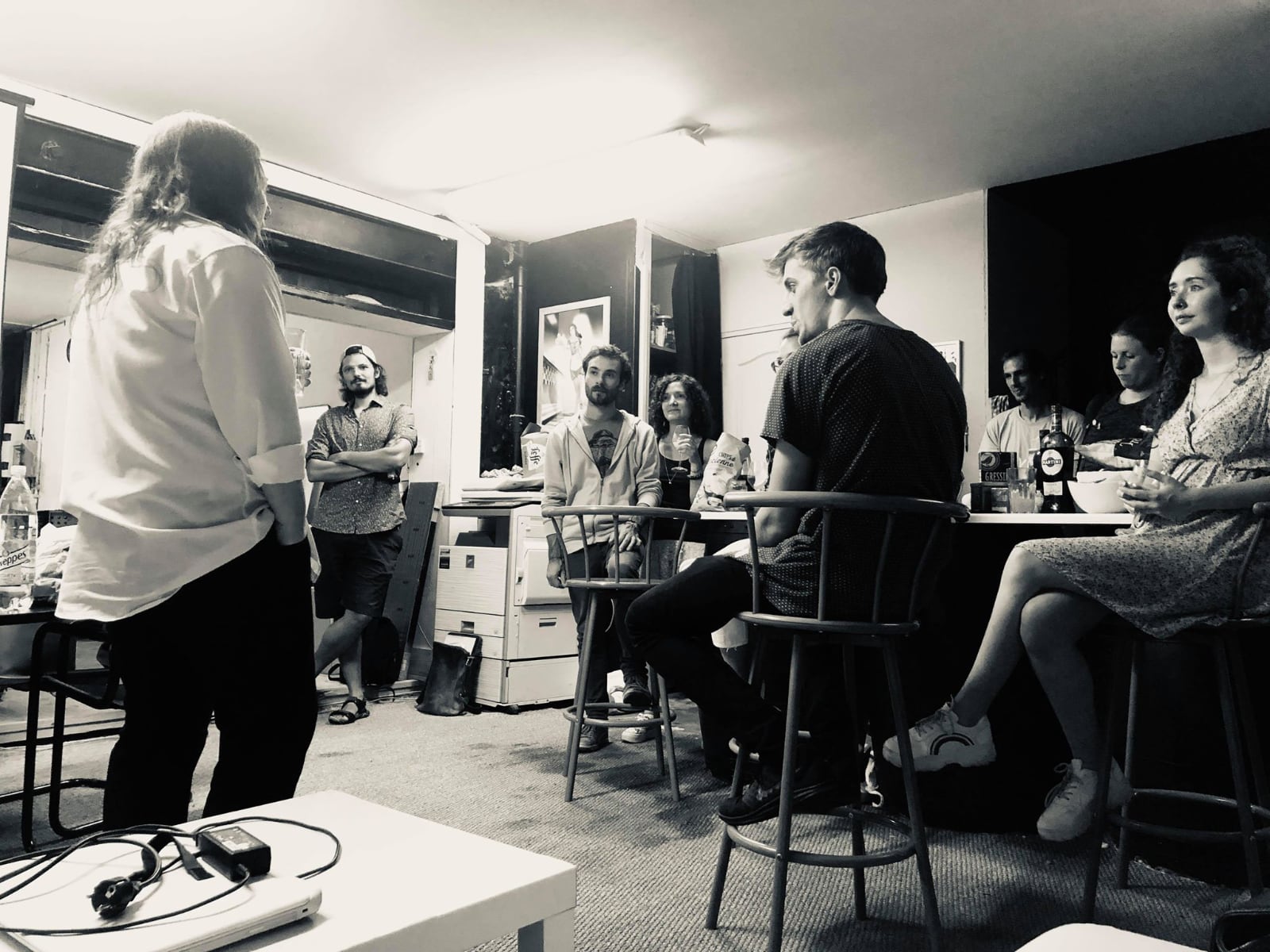 I did tell you I had a couple of surprises coming up, didn’t I?

These last few weeks, Daniel has been working on the Twitch API integration. What does it do? Well, imagine you’re playing one of Nova-box’s games live on Twitch and you would enjoy including your viewers more in your storytelling and your decision-making during your live session: with this feature you can let them vote in the chat (using a “!choose [x]” command), and either keep control on which dialog option to pursue or let your viewers take full control of the game by automatically choosing the most voted option at the end of a customizable timer.

Since a picture is worth a thousand words, here’s what it looks like for Across the Grooves:

The feature is in beta right now, but we did a couple of test runs last week and it already works pretty well, so it should be available “soon™”.

However, if you’re a streamer and you’d be interested to test this feature with your community, we’ll gladly send you a build and make improvements where needed based your feedback. Just send us an email at contact@nova-box.com and we’ll set this up with you!

Last but not least, please allow me tease you a little bit about what’s in store for Seers Isle and Along the Edge. We have a big announcement coming by the end of September! I don’t want to spoil the surprise, but keep your eyes peeled, because we’ll have to “switch gears in order to maneuver in the port” (*wink* *wink*).