Hello everyone!
We have a nice surprise to share for this month’s newsletter before I give the pen over to Camille Marcos from the Illustrason collective. Along with Julien Ponsoda, they’re responsible for the music and sound design of our next game, Seers Isle.

We’re very proud to announce that we will be participating to the literature festival “Des Livres et Moi” at the Domaine de Malagar / Centre François Mauriac near Lagon (50km south of Bordeaux). If you’re interested in testing the game, we’ll be there Saturday, May 5th and Sunday, May 6th to meet and chat with you while showcasing the first couple of chapters of the game.

There will be also an exposition of a selection of paintings from Along the Edge at the domain, especially chosen to compliment the theme of the place, and printed for the event.

If you want the full program of the festival, it’s here, on their website: Des Livres et Moi 2018. 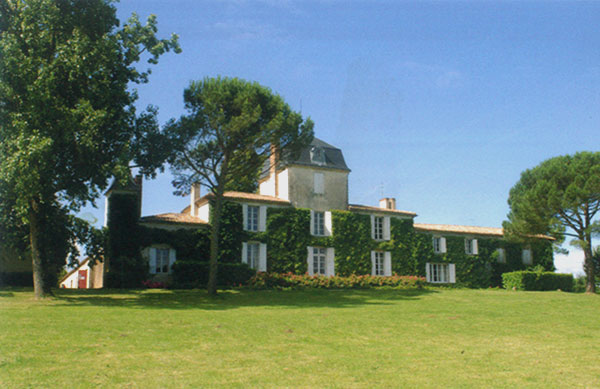 Hello, I’m Camille from Illustrason, a collective of music composers and sound designers that we’ve created soon after finishing our degree in movie soundtrack composition. On Seers Isle, we are in charge of all the audio aspects of the game: music, sound design, audio programming and audio integration.

The soundtrack is a very important aspect of this interactive graphic novel, as it contributes to build the universe of the game, by filling the gap between the images and the words, and by giving more substance to the story and the background of the characters. In fact, the music has a real focus on character building, instead of only trying to enhance the emotion of each scene.

After you’ve played through the game for the first time, you might want to explore the other branches of the story by doing different choices. That’s why we wanted to link the music to the player’s choices and really tune it to the multiple story paths you can get. Thus, depending on your choices, the music will never really be the same each time you play.

The Characters and their Instrumentarium

Each of the protagonists of the story has their own musical theme and instrumentarium (i.e. their set of different musical instruments), which have been carefully chosen according to their geographical roots and culture.

Several variations of these themes are being played depending on the scene and the emotions it should carry. However, the soundtrack of the pivotal scenes are composed specifically, using the same methods as in a motion picture. All this adds up to build the tension for dramatic and soul-stirring moments.

The Process of Creation

The first step we take when we start working on a new track is doing a demo on the computer while we gradually refine the composition. This step allows us to explore different tunes, chord progressions and rhythm patterns before submitting our idea to the creative team at Nova-box. At this stage, we mainly use digital instruments, which gives us more flexibility.

Once we’re satisfied by our demo track, having pushed it as close as we could to a final version, we slice it into several audio sample that we feed into the sound engine of the game, which will be able to bridge the audio instructions in the game and and the musical elements that should be played.

This crucial step allows us to make the music interactive. Once the track is sliced, the game engine can then transition between the themes seamlessly, while staying synced to the reading speed of the player and, of course, adapt the music according to the choices in the story. It also allow us to inject a pinch of randomness in the musical patterns to make the music appear less repetitive.

Right now, we’re writing and recording demos of the last missing variations. Once we get that done, we’ll record the final versions of the tracks with the musicians who will make the music of Seers Isle come alive.

Then you’ll be able to feast your ears with a string quartet, a bass clarinet, a slide trombone, a transverse flute, an Irish bouzouki, a piano, and several other mystery instruments.

If you want more info on Illustrason, you can check their website, at this address: illustrason.fr

Thank you again for support, and see you next month!