Due to the Coronavirus outbreak, the Nova-box team is working from home until further notice. But don’t worry, we’re doing everything we can to meet deadlines. 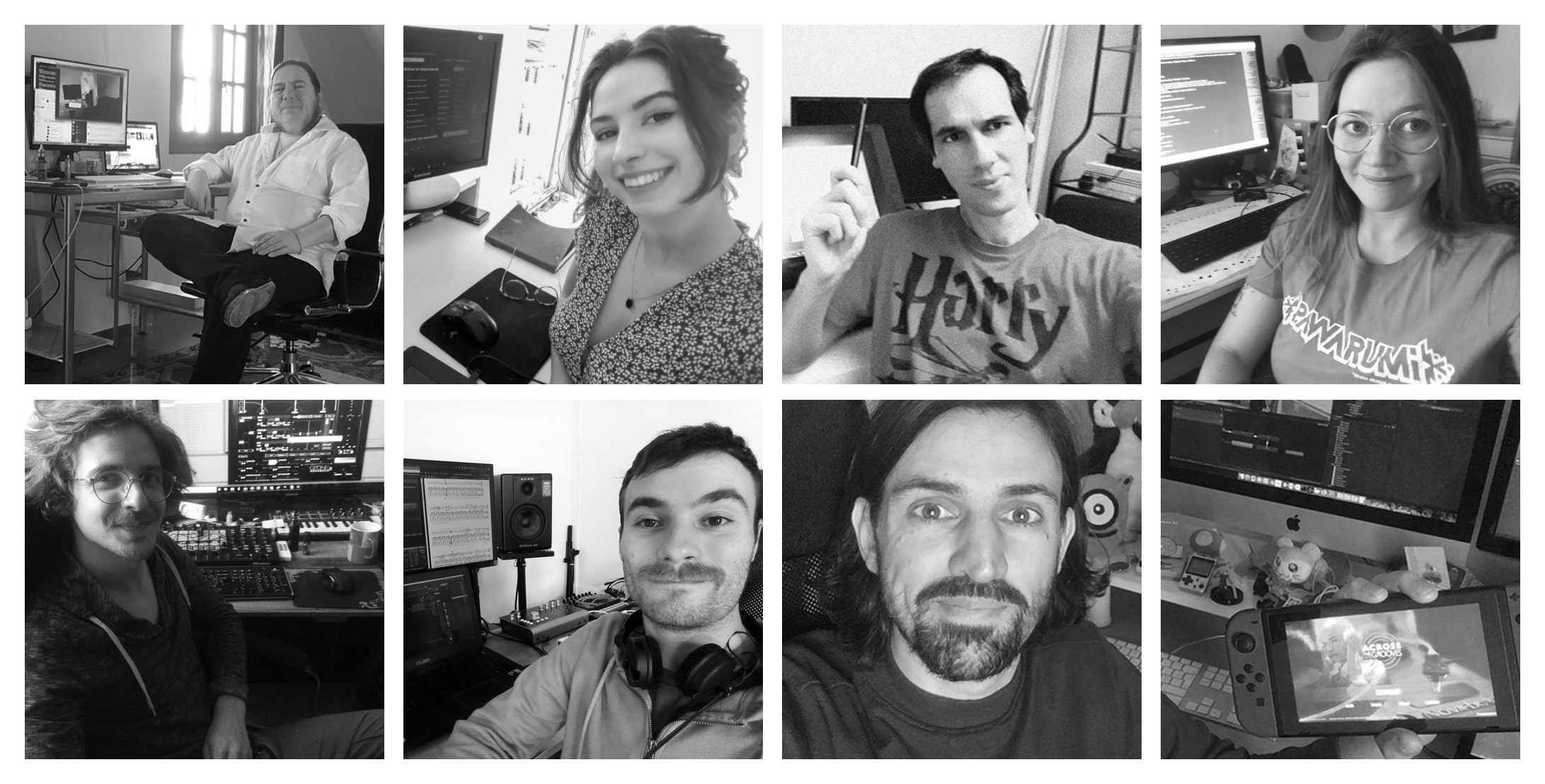 This month, we have some exciting news to share about Across the Grooves. We’ve also been working on Unity versions for Along the Edge and Seers Isle!

Since last month, the production of Across the Grooves has progressed well. Thus, we’re glad to announce the game is officially in beta stage!

Also, the music has been integrated and we can tell you the songs are amazing!
Camille and Julien did such a great job on the music and sound design, and so did Christelle on vocals! 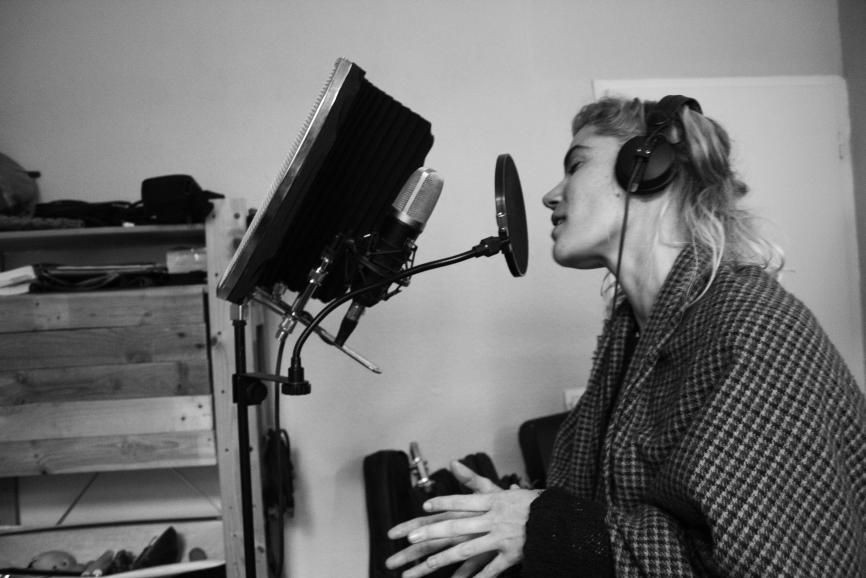 Of course, we still have some images to finish, but the game begins to take shape and we’re very proud of it.

Get ready for some psychedelic moments!

Good news! Working on a Nintendo Switch version for Across the Grooves allowed us to build Unity versions for our two other games.

– more stability and better overall performance and optimization,
– animations (fades between images, display of text and bubbles) are more fluid (60fps).
– some new features added, especially on Along the Edge (improved compatibility with 16/9 screens, addition of the log system, harmonization of the tutorials),
– better support for gamepads,
– fan-translation support. From now on, you’ll be able to translate our games into your language independently.

– saves are not compatible between the current version and the Unity version, but we have a plan to make sure that it doesn’t penalize players.
However, unlocked achievements will remain unlocked and will synchronize between the two versions.

This is a screenshot of Along the Edge “before” (v1.x): 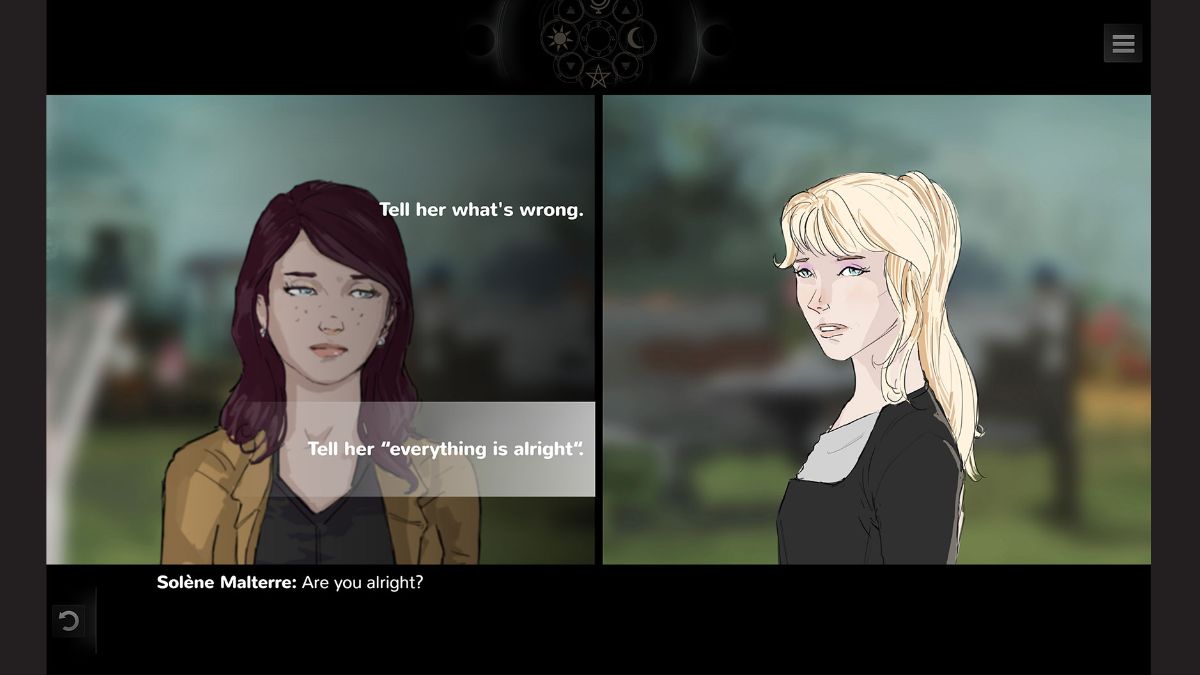 And this Along the Edge “after”, in the upcoming Unity powered version (2.x): 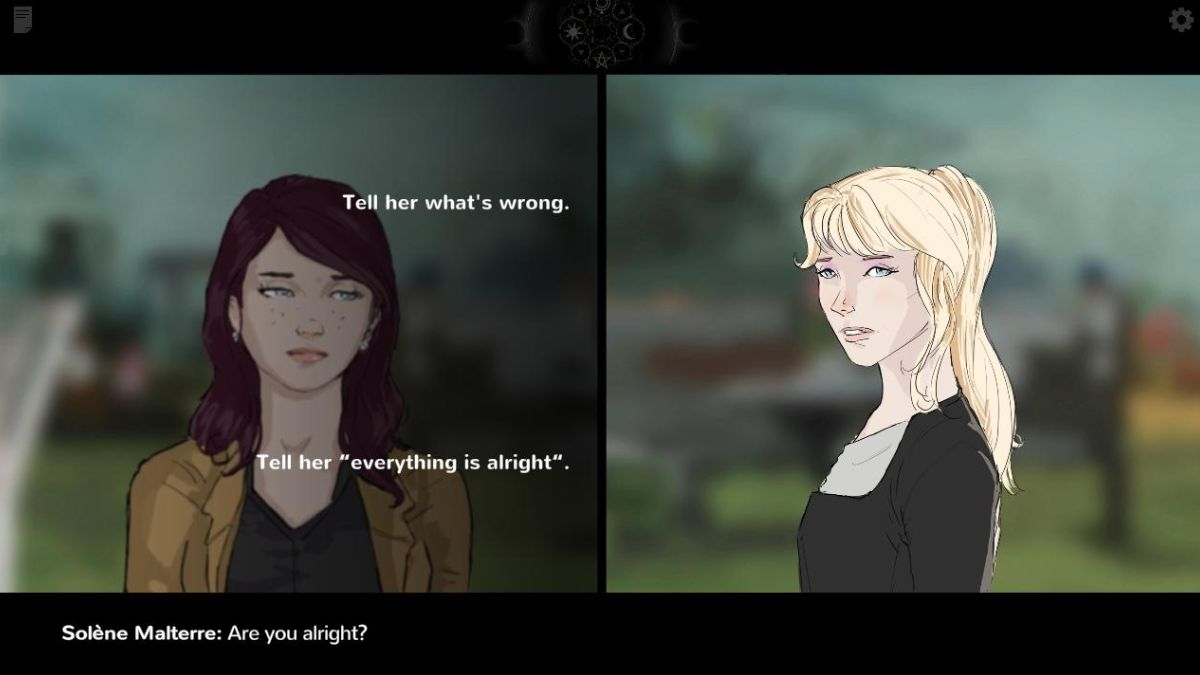 Regarding saves, we have a plan to allow players to not lose their current game.
– phase 1: the Unity version will be available in beta on Steam, players will be able to test it if they wish (opt-in in the game properties),
– phase 2: the Unity version (version 2.x) becomes the default version, but version 1.x will remain available in beta branch,
– phase 3: definitive removal of version 1.x (this will happen as late as possible, but as this version will no longer be maintained, there will come a time when we’ll have to remove it because it will no longer work on most configs).Phase 1 was expected to be launched fairly quickly (by the end of the month or early April), but with COVID-19 there is a high risk of delay.
In any case, we’ll keep you informed as we go along via the newsletter and specific Steam news so you have time to prepare.