Hello everyone!
Once again, I’ve let a couple of months lapse since our last newsletter. Sorry about that. Let’s get back to a (hopefully) more steady schedule with a big announcement!

Announcing Across the Grooves

After all these months working in complete secrecy, we’re super excited to finally be able to talk about our next interactive graphic novel!

It is called “Across the Grooves” and it will arrive early next year on PC, Mac and Linux. As usual, it is written in French and translated in English, with both languages available at launch.

The core team is the same as Seers Isle, with Nico as the lead artist, Raphaël doing the code and me, Geoffroy, as the writer. We’re also working again with Camille and Julien from Illustrason for the music and sound design. Christelle will once again lend us her voice for a couple of songs. To ensure the quality of the text, we’re also working with the same editorial team as on Seers Isle, with Rachel in charge of the English localization and Alix (A.K.A. “L’Oiseau Lecteur”) on proofreading. Victoria has been helping us since April on our communication, so if there’s been an upturn on our social networks, it’s probably thanks to her.

Last but not least, we have the chance to work with two great art interns this year: Mélanie Ertaud and Alizé Giraud (we’ll feature their work over the next couple of newsletters). 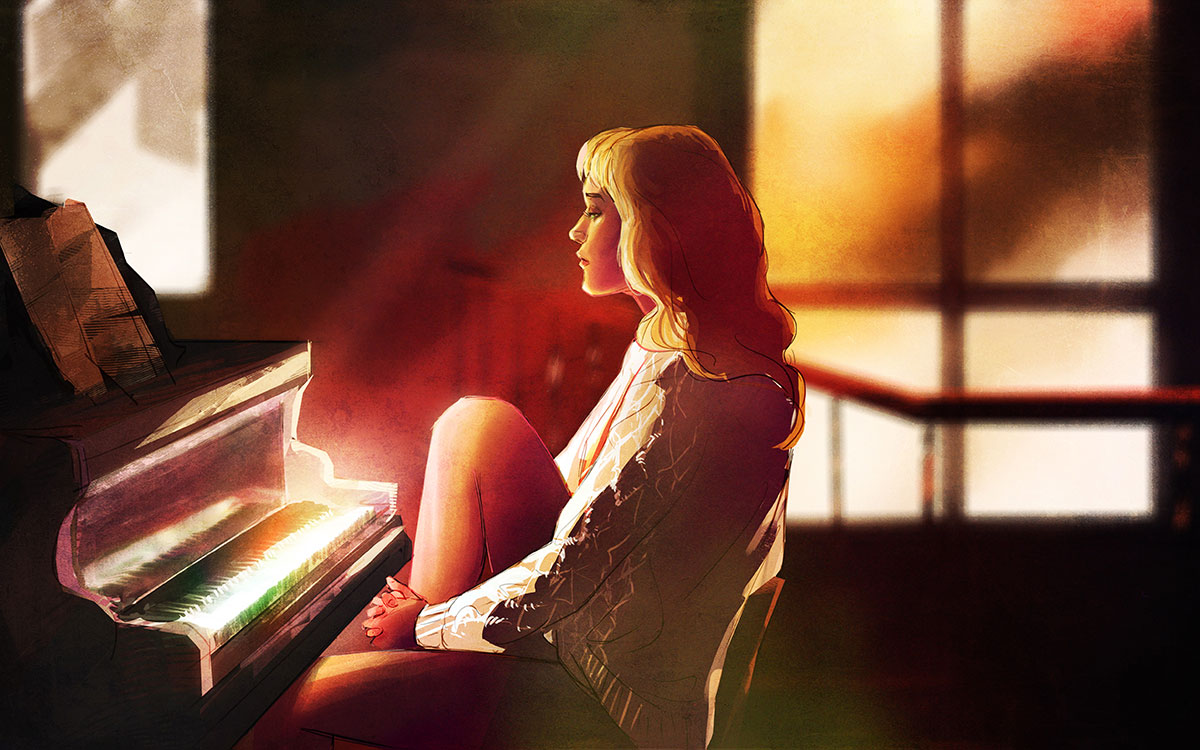 So, without further ado, let’s dive into the story!

Alice lives an uneventful life. She’s in a long term relationship, has a stable office job and a nice apartment in the center of Bordeaux. One day, Ulysse, her ex-lover, comes back into her life through an old vinyl record she receives in the mail. When she puts it for a spin on turntable, she is thrown back into her own past, forced to relive old events. When she comes back to the present, her reality has changed.

Determined to bring her life back on track, Alice packs up and embarks on a hunt across Europe, following the tracks of Ulysse while trying to uncover the origins of the record. However, her journey gradually turns into a quest of self-discovery as she explores new parallel realities each time she puts the needle in the groove.

Here are some screenshots from the game: 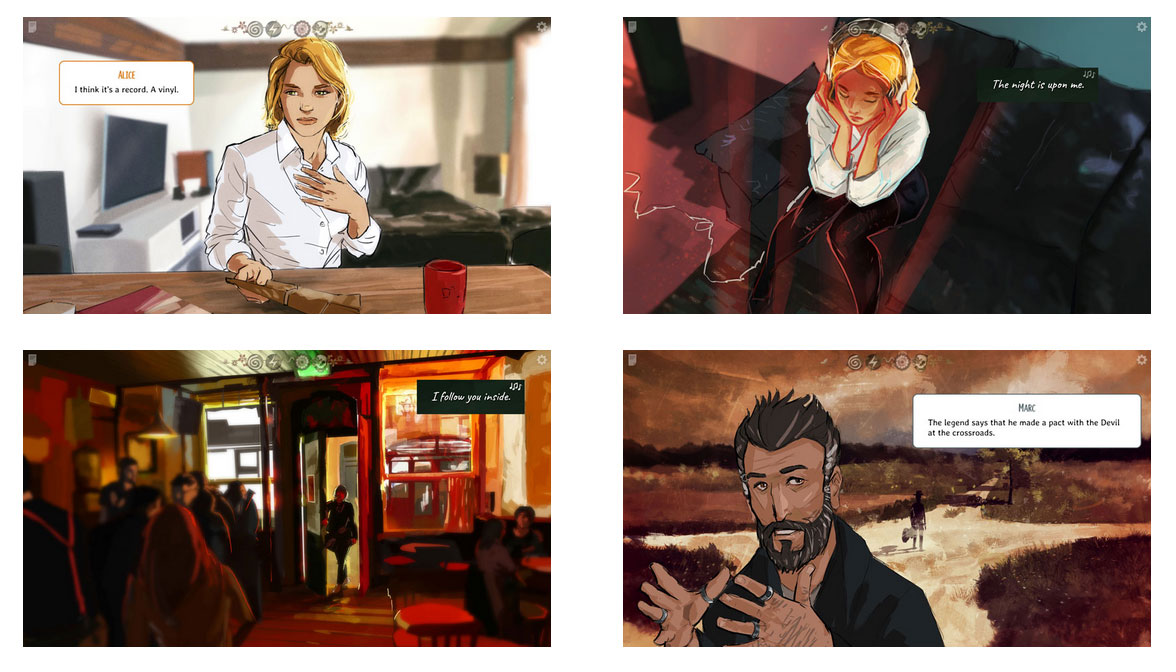 Dear newsletter subscribers, you’re amongst the first ones to hear about this, but later today, we’ll be sharing this news with the world.

If it doesn’t bother you too much, a retweet, a “share” on facebook or a “like” on instagram of our official announcement will go a long way. The team and I thank you in advance for your kindness.

Also, please add Across the Grooves to your wishlist on Steam, doing so boosts our visibility on the platform way more than you might think.

Add Across the Grooves to your wishlist on Steam!

Our friends from Manufacture 43 released their game on console last month.

Turns out we’re not the only ones who had a busy summer. Daniel, from Manufacture 43, one of the studios we share our co-working space with just released his shoot’em up (or “schmup”, I don’t know what the cool kids call this kind of game these days) PAWARUMI on Nintendo Switch and on Xbox One, to critical acclaim.

For more information, please come over to their website: pawarumi.com

Once again, it has been quite a busy couple of months!
Besides working on Across the Grooves, we went to London with our friends from Studio Black Flag to attend the Casual Connect convention in May. We had a great time and we even came back with two nominations (Best Art and Best Narrative), and the Best Audio trophy for Seers Isle.

Here’s a couple of pictures from our trip: 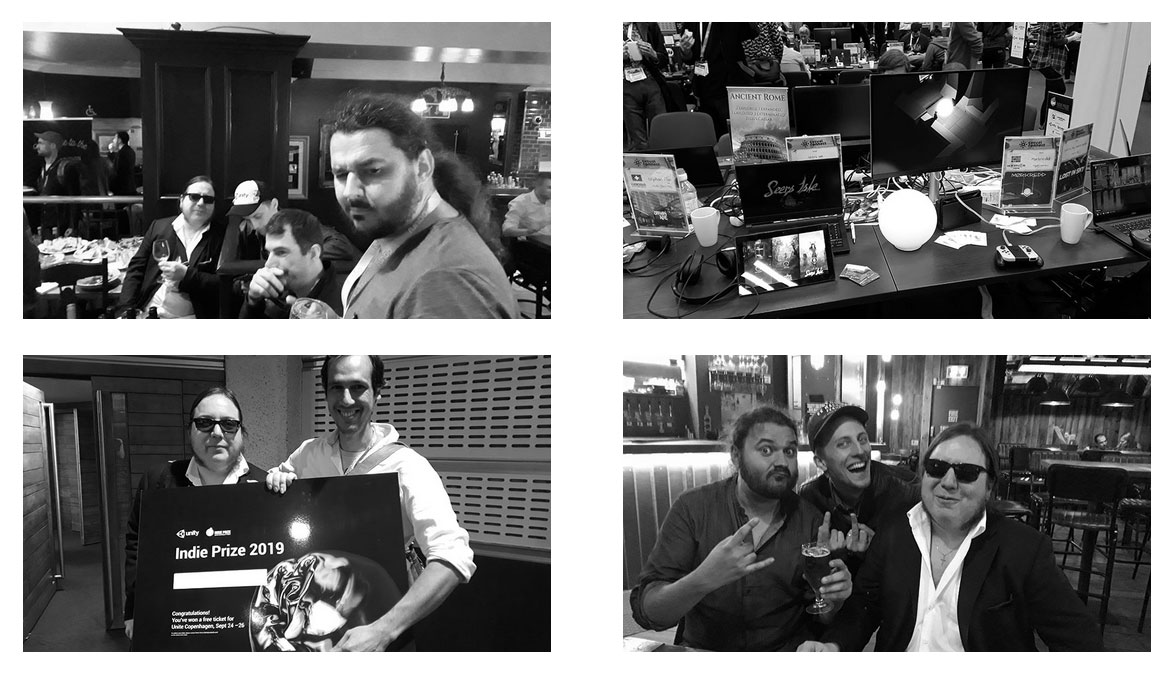 Let’s conclude with our usual exclusive image from the game.
This one happens in chapter one, just after Alice realises her world has been turned upside down: 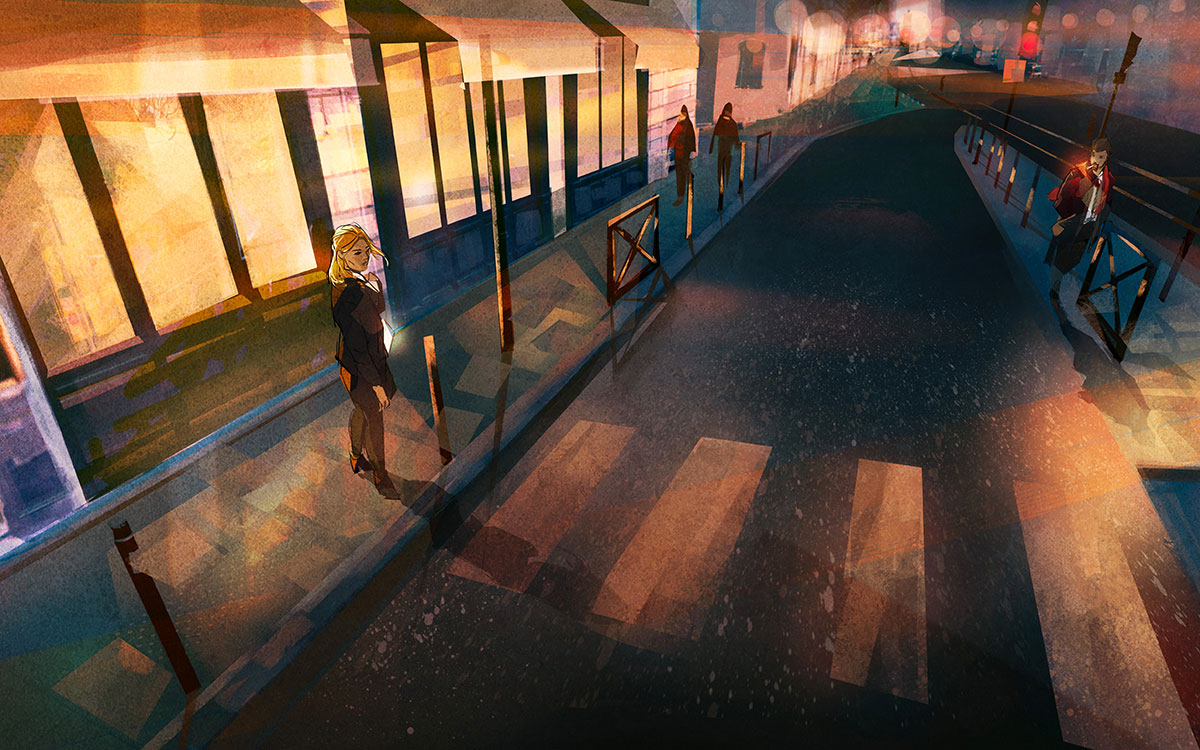 You can also find us on instagram now:
instagram.com/novaboxstudio