Hello everyone!
We wish you all a happy new year!
This month, we will talk about San Francisco and New York with two events coming up for Nova-box.

If you happen to be in New York this weekend, you’ll have the chance to try out Seers Isle at the Animation First Festival, organized by the French Institute / Alliance Française (FIAF), as our game made it into the official selection along with other video games from Bordeaux, France.

It takes place on Saturday 26th and Sunday 27th, and you can get all the information you may need directly on their website, over here.

Seers Isle got a nomination for the IGF Awards!

We’re very proud to announce that Seers Isle has been nominated for the Independent Game Festival Award, for the category “Excellence in Narrative. It was chosen as one of the six finalists in a panel of over 500 entries. We’re very proud and grateful for this distinction.

The consequence of that is that Nico and I (Geoffroy) will be in San Francisco from March 18th to March 22th to attend the awards ceremony that takes place during the Game Developer Conference. We will also have a kiosk on the expo floor, so don’t hesitate to come meet us and try our games if you’re going to this event.

Once again, you’ll find all the information you need on the Game Developer Conference website.

We also answered some questions from Joel Couture for GamaSutra as a part of the “Road to the IGF 2019” series on GamaSutra:

We added new prints from Seers Isle on Society6!
You can check them out over there:

Well, January is always a month with a lot of administrative stuff to work through, and this year was no different. So it’s been “paperwork, paperwork, and more paperwork” for me (Geoffroy). I’m putting the final touches to the funding files for our next game that are due by the end of the month, and I’ve also turned into a small travel agency to get ready to come over to the USA for the Game Developer Conference in March.

In spite of all that, Nico, Raph and I found the time to build a first prototype of the next game, and it’s coming along quite nicely. Julien and Camille (our musicians) will begin recording some music next month, and we’re all eager to see what they will come up with impatiently, music being one of the main themes of this next project.

Speaking of this, here’s an image of Alice with the headphones on for your viewing pleasure: 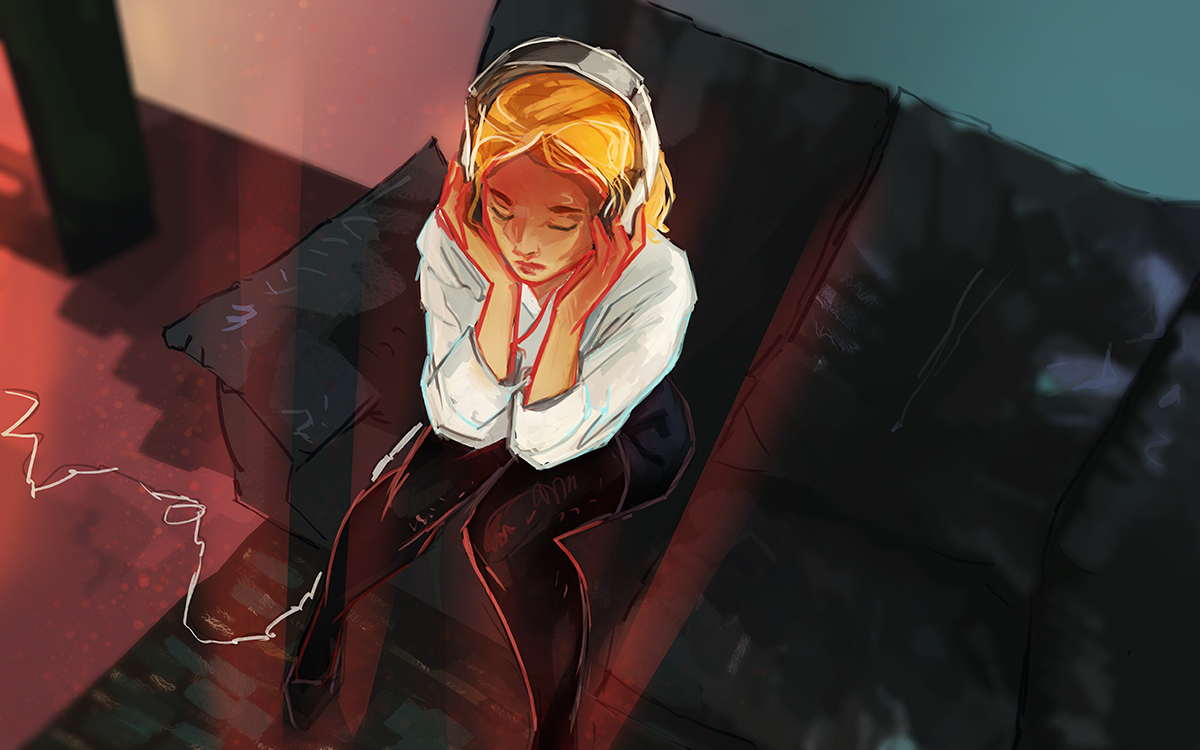